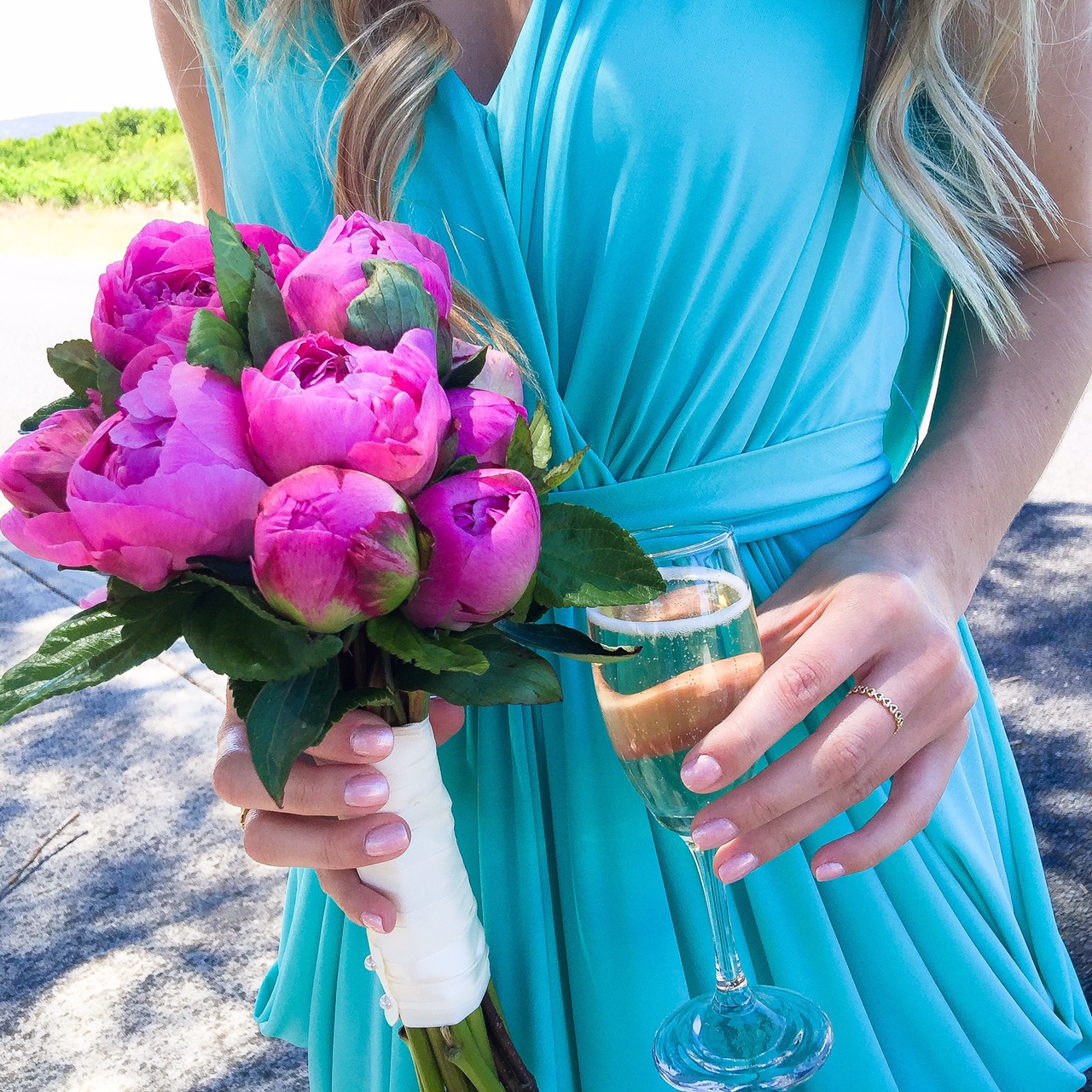 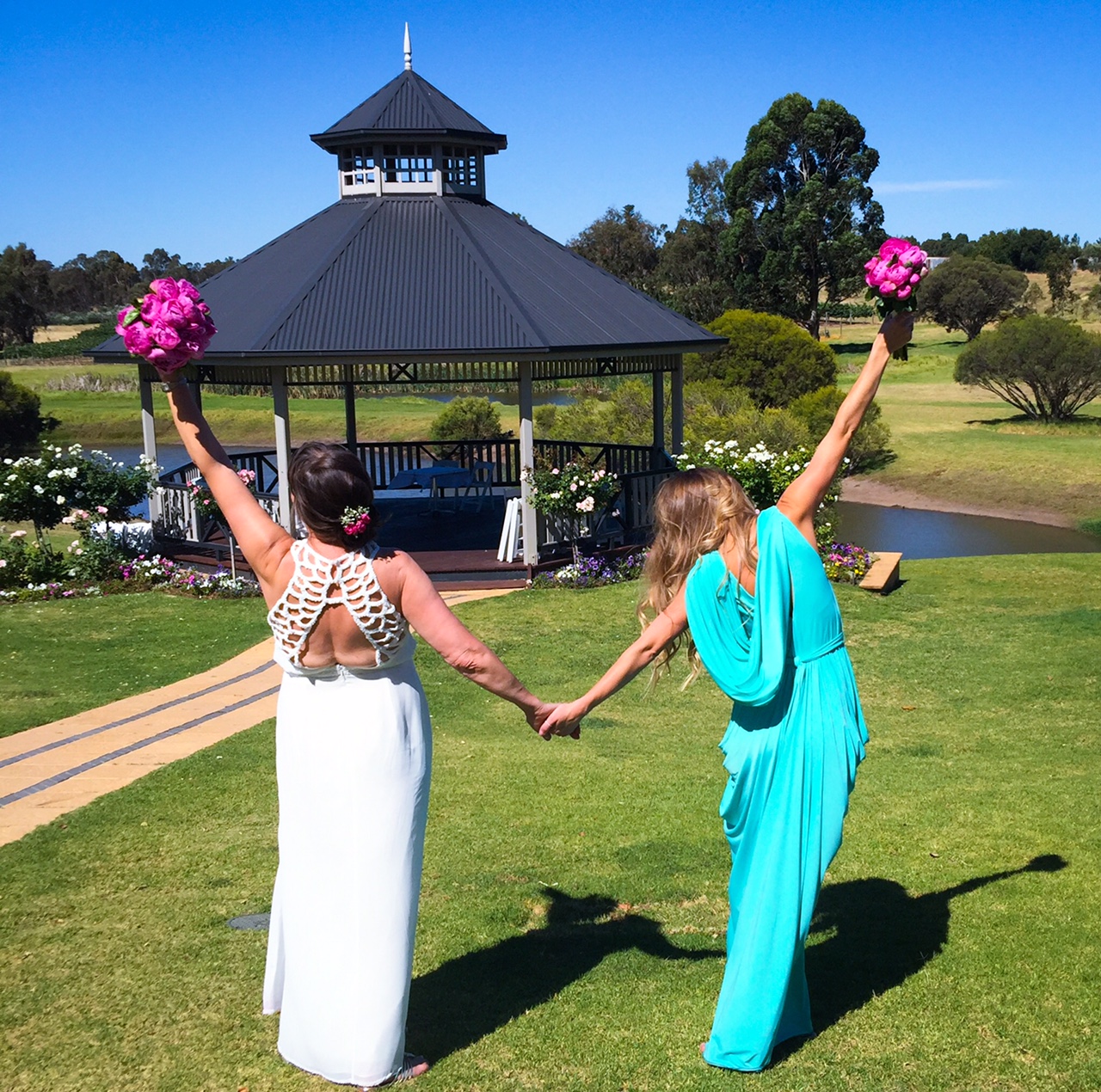 Yesterday, I walked my mom down the aisle so she could marry the absolute love of her life.

I also gave the Maid of Honour speech, which was one of the hardest things I’ve ever written – because my mom is the most important person in my life. It had to be perfect!

I wanted to share my speech, in celebration of the day – which took place at Sittella in the Swan Valley – but also because of the incredible love story it reflects on.

It is a reminder to us all, that true love really does exist.

‘Serendipity’ has always been one of my favourite words.

Because of the way it sounds, happy and curious. Because its occurrence is accidental, and not controlled by people. Because so many do not know what it means.

But mainly, and perhaps obviously, because of its meaning; A fortunate accident.

Now, I don’t know about you – but for me, the term ‘accident’ naturally evokes feelings of distress or perhaps a moment of discomfort. Yet coupled with the former-word, ‘fortunate’, any negative connotations are completely eradicated and instead we are presented with a beautiful paradox.

I’m sure we’ve all experienced at some point, one really significant, really crazy serendipitous moment in our lives – when something happens which makes the hair on the back of your neck stand on end. An occurrence (or accident) which makes you ‘just know’ that something was ‘meant to be’. With that in mind, I think I can say with a fair amount of confidence, that nothing quite compares to the serendipitous love story behind my mom and Simon.

But first, a bit about my mom.

That woman… that crazy, scatty, beautiful being means the absolute world to me. From as far back as I can remember, we’ve been a team. Raising me alone from when I was just a few months old, she is the strongest, most courageous and inspiring person I know.

Our mother and daughter bond is so incredibly special and precious, it could almost be compared to magic.

Raising me whilst studying at university and working four jobs at the same time was not an easy task, but you’d never have guessed it. Mom has always had a beautiful gift of looking on the bright side of life. She just has a natural sparkle.

I remember the epic hour–long walks to her cleaning jobs, not because of the sore feet and tired legs, but because of the happy memories I have of us skipping through the autumn leaves, and singing nursery rhymes over and over at the top of our lungs as we marched along the Yorkshire hills! I remember our visits to charity shops, looking to find a new school dress or brownie (scout) uniform, not because we were poor and couldn’t afford them brand new, but because I always loved rummaging through pre-owned treasures with mom. I remember her sewing me a full range of Barbie clothes for Christmas one time, not because we couldn’t afford the latest ones my friends had, but because I was the coolest kid on the street with my bespoke, couture Barbie clothes!

I remember all the sacrifices she made, so I could have the best possible childhood and start in life – and for that, I will be eternally grateful.

I remember every birthday cake she made for me, every fancy dress outfit she sewed for me, and every comforting cuddle she gave me during thunderstorms (when God was ‘moving his furniture’). I remember all the make–up lessons, all the help with homework – and how every pet we lost over the years was carefully wrapped in tin foil and placed in the back garden at night so they’d become a star by the morning.

Some people are just destined to be a parent – and I just completely lucked out with my mom.

You’ve been my mother, my father, my sister, my brother, my entire family. You’re my best friend mom – my love for you is evergreen, and I’m so incredibly happy that you have found your soul mate. Again.

Which leads me onto Simon…

I was four years old when mom first met Simon in 1987.

Since moving to Australia, I’ve loved listening to Simons stories of my mom back in the 1980’s – from the first moment they met and the memories they shared together, right up until Simon left for Australia in 1989.

They first met whilst working at Percivale Whitley College of Further Education, where mom was teaching and Simon worked in the Computing Department. Now, depending on who’s recollection we choose to believe… The circumstances leading up to how the they finally got it on are slightly different… Mom always smiles when she remembers how Simon used to deliberately crash her teaching computer software so he could talk to her – such a smoothie. However, Simons recollection is somewhat different in that he believes mom would deliberately play the damsel in computing-distress, so the young, dashing computing support person could come to her rescue. But unfortunately she only ever got Simon…

Either way, it totally worked, and from there on their relationship blossomed, with weekend trips to Blackpool, days out in Hebden Bridge, and regular 3hr midnight walks home for Simon because mom wouldn’t let him stay the night because of me. Keeping it classy, mom – I love it!

In the Autumn of 1988, Simon was offered the opportunity of a lifetime to work in Kalgoorlie – within a few months, he had a one-way ticket to Western Australia. Despite asking her over and over to join him, mom was in the middle of her university degree, raising a six year old, amongst other responsibilities. And so, they said their goodbyes.

The last time Simon and mom saw each other was when they waved goodbye on Saturday 21 January 1989.

Now, I don’t remember a lot about Simon – the photos he has of a five/six year old me evoke a few memories but they are hazy. However, I do remember three main things about him… My beloved Mickey Mouse t–shirt that he brought me back from Disney World Orlando, the pair of gold nugget earrings that I still wear today, which he sent me from Kalgoorie when I was six (which I just looked at for about ten years until I was allowed to have my ears pierced), and the absolute fit mom threw when we discovered that Henry, the hamster Simon bought for me just before he left for Australia, turned out to be female with seven buns in the oven…

I grew up always knowing who Simon was, and always accepting that he was the love of my mom’s life. She often spoke of him and reflected on how life could have been different, but smiled at the memories she had of him rather than dwelling on what wasn’t ‘meant to be’. She did however keep in touch with Simons mother, Madge.

About four years ago, on a Saturday afternoon in Nottingham, England, mom heard a knock on the door. Opening it, she was absolutely stunned to find Simon standing there.

Simon tells me he’d often thought about looking for her over the years, even when he had two wonderful children of his own here in Australia. He’d even considered contacting my uncle Vincent in Northern Territory, mom’s brother, for her contact details.

However, it was due to a stroke of incredible luck whilst tending to his sick mother in England in 2011, that he finally found her.

Mom and I had moved to Nottingham from Yorkshire in 1993 for her work. As I mentioned previously, mom had stayed in touch with Simon’s mom Madge – however, when Madge moved house in the mid-nineties, she didn’t send mom her new address. As Madge wrote to mom over the years, sending birthday wishes and Christmas greetings, mom was never able to write back. So, as time passed the letters dwindled and soon communication stopped all together.

In 2011, Simon had to return to Doncaster, England to care for his sick mother, who was sadly struggling with the late onset of dementia. After a week of tending to her and organising her care, etc. before he returned to Australia a few weeks later, Simon understandably needed to take some time out and decided to try and catch up with two old friends who lived in Nottinghamshire, on the off-chance that they would be home. It’s worth pointing out at this point, that Simon had no idea that mom and I lived in Nottingham.

As he was getting ready to leave, Simon accidentally knocked his mothers address book off the telephone table (how British) and it landed face-down on the floor. As he went to pick it up, he found that the book had landed open on mom’s new address, which to his astonishment was located in Nottingham, minutes away from one of his friends.

Without knowing how long Madge had had the address for, because of her dementia, Simon immediately drove the hour to Nottingham through Sherwood Forest to moms house… Only to find she wasn’t in. Due to Simon’s intensive investigative training (ahem), he cleverly thought to have a rummage through the bins to see if there was any evidence to suggest that mom did in fact still live there. When he found an envelope in the bin with my name on it, he knew it was worth coming back later that day. After two disappointing trips to see his friends (one wasn’t in and the other had moved away years ago), Simon thought he’d take one last leap of faith to see if mom was at home on his drive back to Doncaster… When he arrived at her house and saw a car outside, his curiosity got the best of him as he took a deep breath, strode up the drive and knocked on the door.

Fast-forward four years later, and here we are.

We’ve all been living in rather unusual circumstances over the past few years… Me living here in Australia with Simon, whilst mom finished up work in the UK before she could retire over here. Simon and I have been roomies for the past 20 months – which has been interesting to say the least! But we’ve both had a shared, vested interest in making it work… Mom.

The way Simon talks about my mother makes me absolutely adore him. His eyes light up, he smiles up to his ears and I have no doubt that he will love and cherish her forever.

He has so much pure, incredible, unconditional love for her, it literally warms my heart and reminds me that true love really does exist.

So, call it serendipity… fate… destiny… luck… fortune… coincidence that we’re here today, celebrating the marriage of my beautiful mother to her soul mate of 26 years.

I invite you all to raise your glasses to the best love story I know, and to two of the most important people in my life… Who were, like, seriously just meant to be together.

You got your Hollywood ending – it just came 26 years later!

Life starts now, happily ever after. 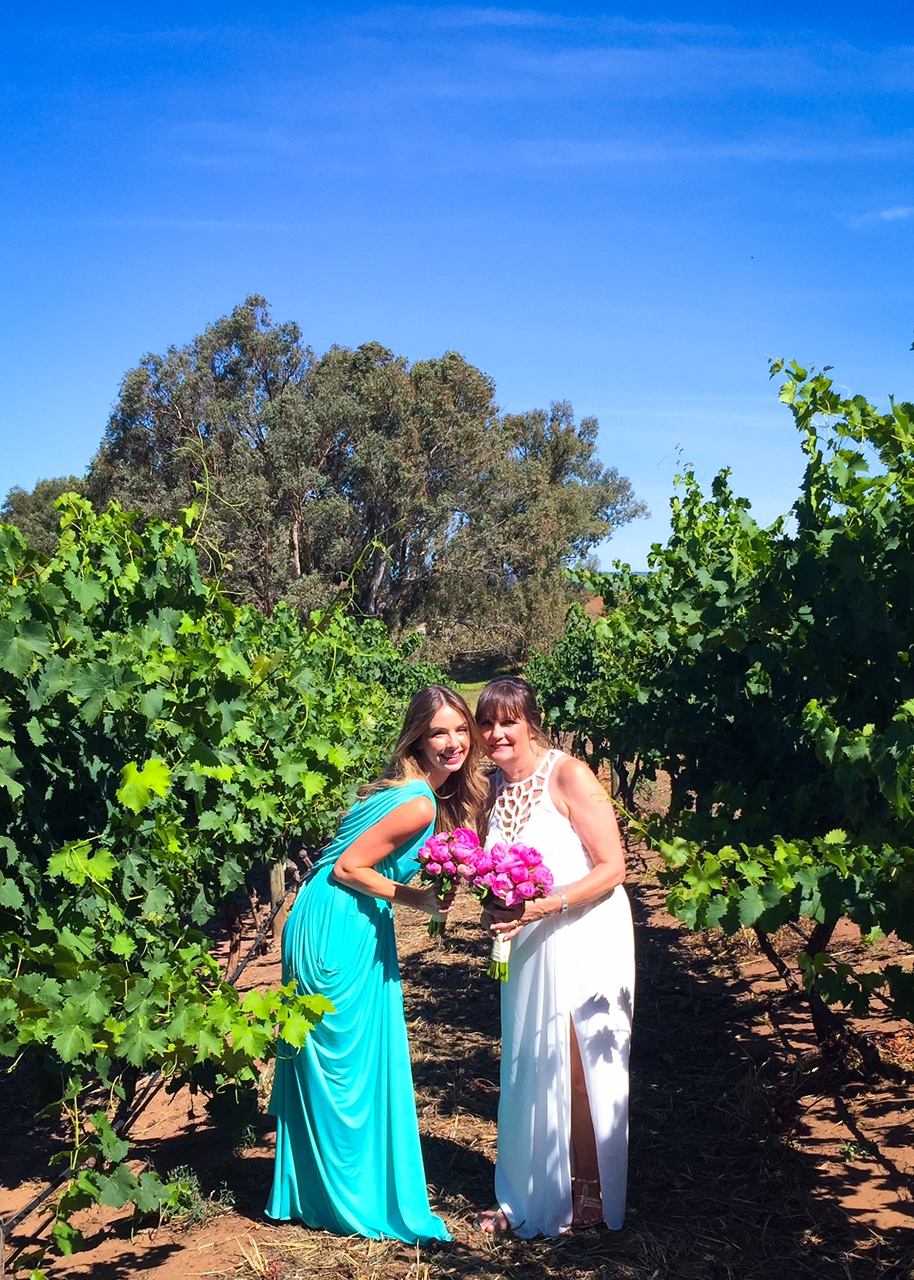 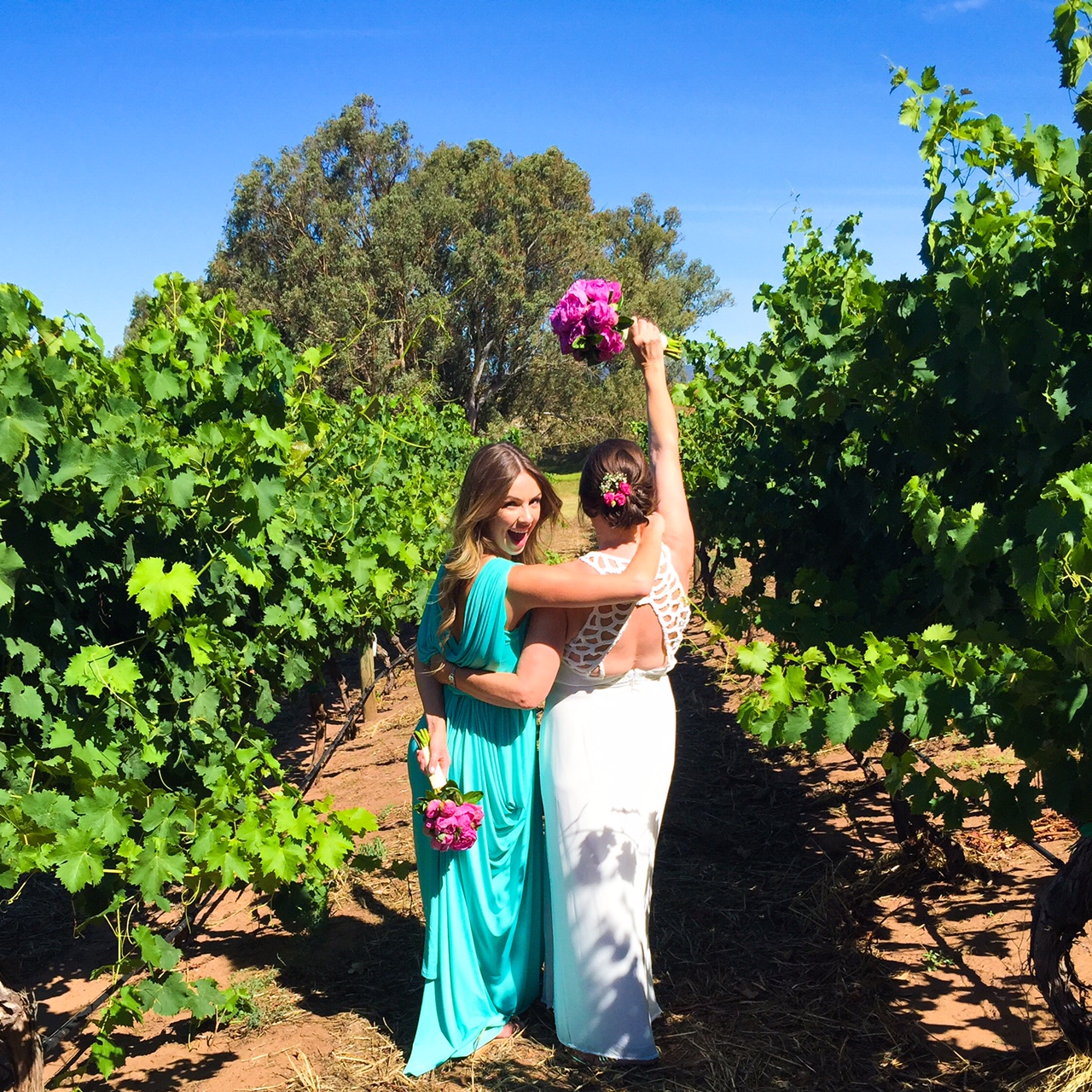 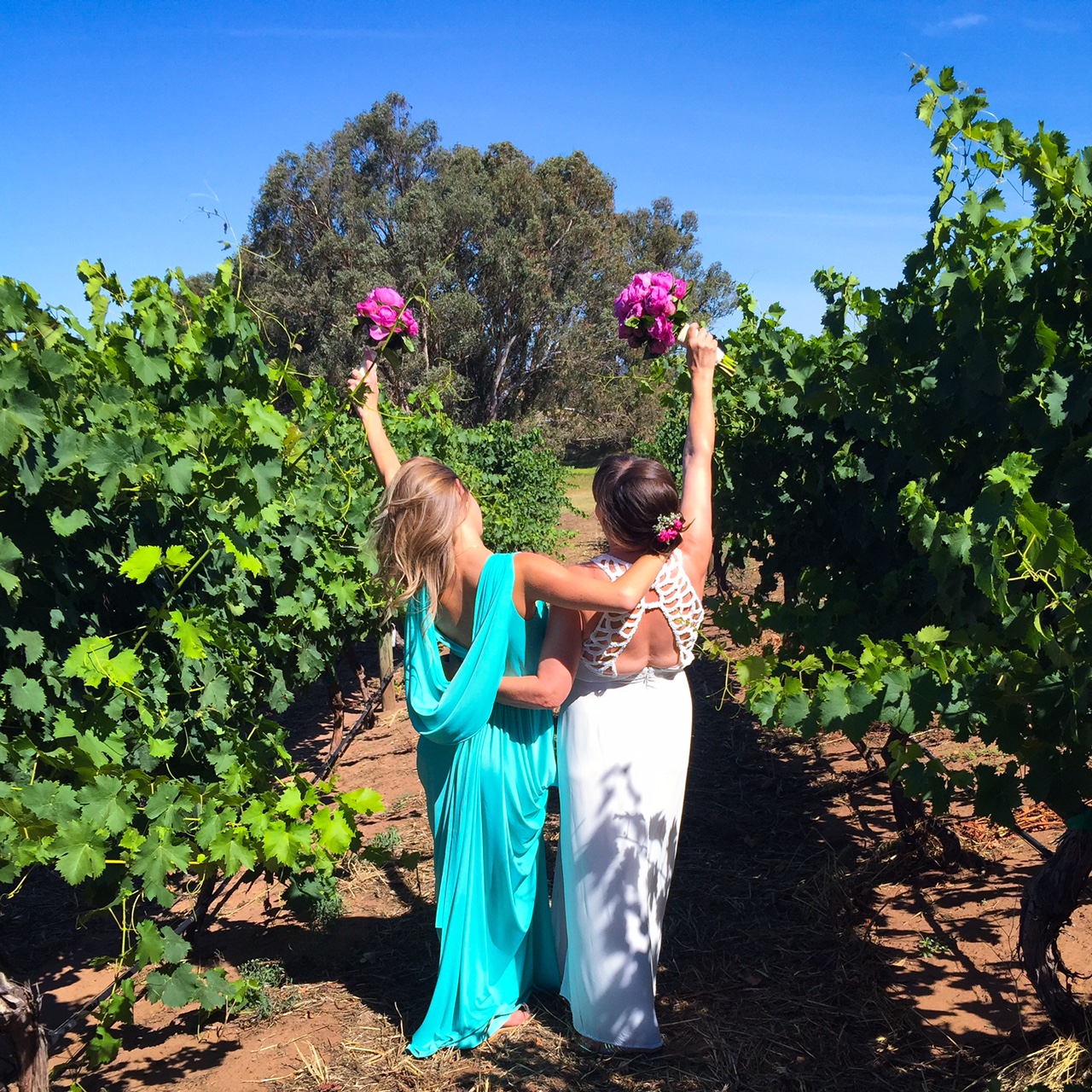 An Australian life/style blog based in Perth, WA and written by me, Katie Rebekah... An Aussie resident with a British accent and taste for adventure.

I've worked as a Social Media Manager/Strategist and freelanced as a consultant for close to a decade. Influencing and empowering others to effectively socialise their brands is what I do best - with a customised, collaborative approach to Social Media consulting.